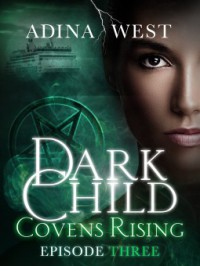 In this third Episode of the Covens Rising, Amarok heard Kat call him when she thought she was in danger but since Alek is already in Paris, he told him to go check on her, especially since his sister is having visions about people dying because of the Dictorate.

We find Alek again, and he's surprised and a little annoyed to see he isn't the only one to give Kat a bracelet. We learn it's actually a promise to court the girl who's wearing it. Her aunt tells her about a prophecy and I was actually really glad to know more about what she really is even if it's still only an assumption. Kat was reacting like a child though and she was too sceptic for my taste, because with everything that already happened, why not believe in that?

And like I said before, I'm reading this series to know about Kat's story only and that probably won't change anytime soon. This episode was more interesting to read.