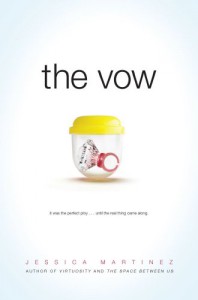 Wow, that was an emotional ride. The story was well written and makes you feel the character's emotions. I laughed and cried so much while reading this book, and I'm sure I'm not the only one. Mo's such a funny guy you can't help yourself but laugh at what he's saying.

Mo and Annie are best friends for years now, and even if no one believes them when they're telling their relationship is platonic, they don't really care because they loves each other. They're both struggling with what life is throwing at them, but not being alone helped them through all this. But then, their situation is starting to crumble when Mo's family has to 'go back home' in Jordan. They only have two weeks. Two weeks to find a solution, or to say goodbye. They're willing to do anything to make him stay in the United States, even if it means getting married and lie to everyone around them. It should be simple, right? Wrong. It won't be as simple as they first thought even if they're sharing good moments when they're together.

Then, there is Reed. What can I say about him? I just love him. He's such a great character, he's kind, patient, nice to look at and he sees right through Annie's facade. You can really feel their chemistry and I just wanted more. More of him, more of romance. But the book doesn't concentrate on the romance part and that's a good thing because it made the story even more raw and real.

But frankly, the end was just so sad even if I knew deep inside me that it was the good decision for them to make. I wanted Mo and Annie to be happy together, and I would have liked to see more of Reed maybe in an epilogue or something.


So, you should give it a try, because this book can be really enjoyable even if painful sometimes.
Tweet